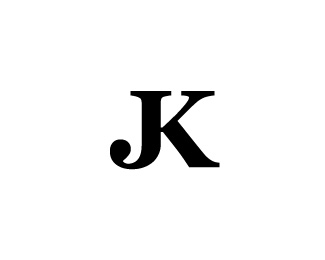 Written by, Jonnie Kae
(connect)
Jerald and Justin, both laughed and continued to walk forward through the woods. Jimmy, steadily walked behind them.

They ended up coming across tons of trees they never seen before, with reddish leaves on them. There were 5 inches of grass all over the place, and mosquitoes, flies, spiders, and other bugs of all kinds.

They continued to keep walking.

"This doesn't feel like fun to me." Jimmy said to his friends. "What a great adventure!" He said sarcastically.

“Both of you guys are just scared!” Jerald teased. “But fine! Let’s just go a little bit further and we’ll go back, because I think I see something over there.”

Jerald pointed about 3 miles away to something that looked like a big hump on the ground, with trees hovering around it.

“What do you think that is, man?” Justin asked with a curious look on his face.

Jimmy shouted out, “I don’t know, and I don’t care! Let’s go back! Why do you guys want to see something weird so bad?!”
​
face to face with the strange figure from the distance. It wasn't just a big hump on the ground. It was a cave.

“What do you think is in there?” Justin asked Jerald.

They all stared and gawked for a minute, until Jimmy yelled out, “Alright! We know what it is! It’s a cave!! OK?! Let’s go now!

“No, wait.” Jerald said, as he walked a little bit closer. “Doesn't it look like there’s a light on in there?

Justin replied, “Yeah. It sure does look like a light.

“So what!” Jimmy shouted, as he started to walk back. “Who cares that there’s a light on in there! Let’s go man! It’s starting to get dark anyway.”

“Wait!” Jerald said to the guys. Jimmy turned around. “Jimmy, at least wait for me and Justin, while we go see what’s in there.”

Jimmy shouted, “I’m not standing out here alone! Fine. I’ll come with you guys, but only for 5 minutes, or for real, man, I’m leaving!”

Jimmy, Jerald, and Justin were on their way inside the cave. On the way in, they noticed a disgusting odor, but they continued to move forward anyway.

“Ssshhhh!” Both Jerald and Justin replied.

As they got closer, they could hear a man’s voice singing. He was singing some type of weird music the guys couldn’t understand. All of them were staring at each other like they had a question on their face.

Jimmy said frustrated, “We don’t have time for magic tricks! We have to get home before it too late!”

“We’re sorry, sir, but our friend is right. We really have to go.” Jerald told the old man.

“If you leave, you will disappear forever! You mustn’t leave, until I grant you a wish,” the man shouted. “That is your only way out!”

“This is some bullshit!” Jimmy yelled. “I’m getting out of here!”

As Jimmy turned around, there was a cloud of white smoke that covered over his body. Once the smoke cleared, Jimmy was gone. He had disappeared!

“What happened to him?!” Justin cried out to the old man. What did you do to him?!”

Both Jerald and Justin were scared out of their minds.

“Can we think about it for a second?” Jerald asked the old man.

“Okay, but you have one minute!”

Justin whispered to Jerald, “We should wish for Jimmy back.”

“No, man. I have a better idea. Obviously, this guy is for real. We should ask him for a billion dollars!”

“What?? How are we going to explain what happened to Jimmy?? Are you crazy, man?!”

“We’re still going to get Jimmy back, okay? When we get back to the town, we’ll just pay for someone to come in here, and then, have them wish for Jimmy back. That way, we have the money, and Jimmy.”

“I don’t know, man. How are we going to explain where he is for the night?”

“He’s staying the night at your house! You and Jimmy talk just alike, so you should be the one to call his mom and tell her.”

“She’s not going to believe it.”
The old man asked with an agitated, raspy voice, “Do you two have your wish yet?!”

“Yes!” They both answered. “We wish for 50 million dollars!”

“Okay,” the old man replied, and then he rubbed his two hands together and started singing the song he was singing before. Then, he did a little dance, span around 3 times, and all of a sudden, the two of them were back in town, inside of Justin’s bedroom. However, this time, with a bunch of money stacked up, all around them.

They both could hear Justin’s mom calling out from a distance, “Justin? Are you back home? I didn’t see you come in.” Justin hurried and locked his door.

“Yeah! I’m home. Jimmy and Jerald are spending the night!”

Jerald and Justin both started jumping up and down.

“Yeah, you’re right. How could you?” Both Russell and Rob smiled big and gave each other a high five.

After a couple of hours of walking, the guys finally reached the cave.

“Alright,” Jerald said to Russell and Rob. “Just go inside, ask the man for Jimmy back, and we’ll all go back home like nothing ever happened.”

“Okay.” Both Russell and Rob replied.

The guys slowly walked into the cave with a flashlight they brought along. Jerald and Justin looked at each other like everything was going to be alright.

About 5 minutes later, the two guys came back out of the cave, but Jimmy wasn't with them.
​
“Hey!” Justin yelled out. “Where’s Jimmy?! What did you guys do to him?”

Russell called out, “You guys are some bold, faced liars! There’s nothing in there but a bunch of spiders and dust!”

“The real question is, what you guys did to Jimmy?!” Rob shouted.

“We didn't do anything to Jimmy! That’s our best friend!” Justin yelled back.

“Yeah right! You guys robbed a bank and killed Jimmy! We’re telling everyone!” Russell yelled out.